His research explores the relationship between imagination and computation, and it involves developing new forms of Virtual Reality, computational narrative, video gaming for social impact, and related digital media forms based in computer science, cognitive science, and digital media arts. In his work, he explores how computers can be used for creative expression and social empowerment. Dr. Harrell holds a Ph.D. in Computer Science and Cognitive Science from the University of California, San Diego. His other degrees include a Master’s degree in Interactive Telecommunication from New York University, and a B.F.A. in Art (electronic and time-based media), B.S. in Logic and Computation from Carnegie Mellon University (each with highest honors). Dr. Harrell also draws on his past experience as an interactive television producer and as a game designer to inform his work.

His book, “Phantasmal Media: An Approach to Imagination, Computation, and Expression” was published by the MIT Press in 2013. The National Science Foundation has recognized Dr. Harrell with an NSF CAREER Award for his project “Computing for Advanced Identity Representation.” 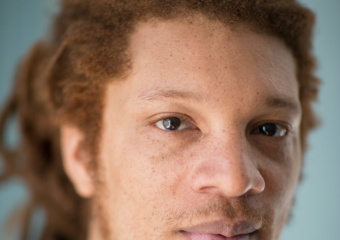