I am in a way a “fixer”, as we say among journalists, when it comes to acculturation vis-à-vis virtual worlds and Social VR.

I am the only French to have participated in the closed beta of Second Life in 2003 and established contacts from the start with Linden Lab, the developers of the platform.

I have made numerous appearances on French national channels, which has earned me the opportunity to support Orange during a two-year R&D experience in Second Life (2008-2010).

I also chronicle, as a journalist, the new wave of immersive VR and participated in academic work and Art / Science x immersive VR x MV.

Finally, I am a speaker, I notably introduced a series of days devoted to immersive VR at the Google Cultural Institute (Paris). 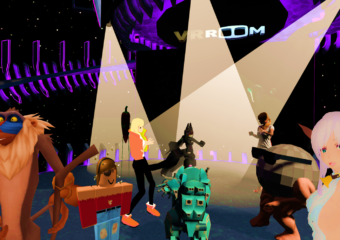